What Is British Parliamentary Style Debate?

Regulated debates come in different forms, known as ‘styles’, and each comes with its own set of rules and conventions.

British Parliamentary Style Debate is one of the more popular forms, based on debates in the British Parliament. It was first adopted by UK universities, but is now popular in debating competitions around the world. Much like in the House of Commons, the debate is split into two opposing sides: the proposition (or government), and the opposition. Each side is then further divided into ‘opening’ and ‘closing’ teams, all four of which have two speakers. These are named after their equivalent positions in the British Parliament:

The speakers alternate between the proposition (in favour of the motion or topic being debated) and the opposition (against the motion).

The roles of the speakers

In the British Parliamentary Style, the Opening speakers on both sides are responsible for kicking off the debate. The PM speaks first, introducing the motion. Their speech will usually begin: ‘This House believes/proposes that…’. Also, they must define any key terms relating to the debate. The PM will then introduce the main points, or contentions, in favour of the motion. The Leader of the Opposition should argue against the PM’s claims, and introduce their own.

The Deputy PM and Deputy Leader of the Opposition continue to argue against their opponents’ contentions, and introduce points and evidence to strengthen their argument.

It is important to note that the Closing speakers are in different teams to their Opening counterparts. While agreeing with points made by their side in the opening round, the Closing Members need to introduce new contentions and produce strong arguments of their own.

The Whips, who are the last to speak on each side, should not introduce any new points. Their role is to summarise the arguments raised by the previous speakers on their side, and close the debate convincingly. When done well, the Whips’ speech can make it appear as though their side has already won.

Before they begin debating, the teams are typically given 15 minutes to prepare their arguments. This includes any research time. Each speaker typically speaks for 5-7 minutes, with the Chair indicating the end of the allotted time with a gavel.

Points of Information can be raised by opposing teams during the speeches of their opposition, but these are prohibited during the ‘protected’ first and last minute of a speech. They can also be rejected by the speaker at any time, and may be disallowed by the Chair if they express personal opinion.

Points of Order cannot be rejected, and they must report an abuse to the rules of the House. This might be a slanderous remark, or otherwise offensive outburst. 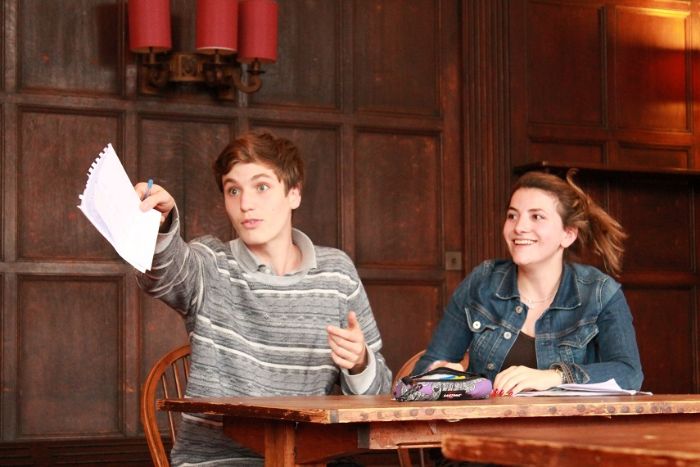 Other styles of debate

British Parliamentary Style is popular but by no means the only style of debate that is practiced. There are many different ways to debate, and we’ve collected just a few of them below:

Debating around the world

British Parliamentary Style debate is one of the most popular debating setups in the world. It has a rigid structure and allows both sides equal space to put across their point of view. That said, there are many other debating styles, which vary widely to fulfil different purposes.

Want to improve your debate skills?

Take your debate skills to the next level, and get the chance to speak in the famous Oxford Union, at Oxford Scholastica’s Debate & Public Speaking summer school.

Learn about our Debate Summer Camp