Can Some People See Colours You Can’t?

Have you ever wondered if everyone else sees colour the same way as you do? Can some people see colours you can’t?

We are able to experience colour because we have three different types of cone photoreceptors in the eyes, which are all sensitive to different wavelengths. This is, typically, the case for humans.

Having three types of cones, rather than just one, helps us to clarify the output caused by light on the receptors. For example, the response of the cones is affected by both the wavelength (colour) of the light, as well as the intensity of the light. But, as the cones are only able to respond in one way, they cannot communicate both of these things without ambiguity.

So – having more than one type of cone, each of which responds differently to wavelength, makes this clear.

In addition, having these three photoreceptors means that the three primary colours of light can be mixed to match a colour made of a single wavelength. These colour matches are known as metamers: to us, they look the same, but, in reality, they are actually made of different wavelengths. The more types of cones there are, the less likely metamers become.

It was on these colour matches that Thomas Young first suggested that we have these three different photoreceptors. All the way back in 1802, Young carried out experiments where he asked participants to adjust the relative intensities of lights until the combination of these matched the colour of a target light. From this, he found that at least three colours were always required to make match. It wasn’t until 1850, however, that the existence of the three cones was confirmed with physiological evidence. Hermann von Helmholtz identified the three photoreceptors by finding that there were each sensitive to different wavelengths of light.

You’ve probably heard of colour blindness before: this is when people only have two colour receptors instead of the usual three. This is known as dichromacy. People with colour blindness are less able to distinguish between colours and will confuse colours that people with normal vision will not.

This is simply because they have more metameric colour matches, and so the colours that they confuse look the same to them. There are also cases of people who have only one type of cone: for example, a blue cone monochromacy. This leads to very poor colour discrimination abilities.

Very few people have the most extreme form of colour blindness and lack all cones. This is known as achromatopsia. People with this cannot see colour at all. Typically, for them, the world is in black, white and grey. There are also people who still have three cones but experience colour differently because one of their cones is sensitive to a different wavelength. This is known as abnormal trichromacy.

Some people can even have more cones than normal

Very few women have what is known as tetrachromacy: four cones instead of the usual three. Does this mean that they can see colours we can’t? Not exactly, but it does mean that they are able to discriminate between more colours than normal. This is because they have even fewer metameric matches and so can distinguish between colours that we can’t.

You may be wondering why we only have 3 cones – why not have more so that metamers become essentially impossible?

The reason for this is that more cones mean we have less visual acuity. Visual acuity is the clarity of our vision: the ability to distinguish details and discern shapes. So, having three cones is a suitable compromise. It allows us both to distinguish between colours, as well as to have very good visual acuity.

As mentioned earlier, there is another type of photoreceptor in the eye – rods.

Like cones, these also have a different wavelength sensitivity, being most sensitive to a green-blue colour. Therefore, they have a different sensitivity to cones. However, we do not typically use rods and cones at the same time because rods are specialised for use in the dark as they are very sensitive to light (so they have a very low threshold for detecting light). Cones, on the other hand, are more suitable for use in the light as they are less sensitive.

So, when we go from light to dark, our eyes go through a process called dark adaption where we transition from using cones to rods. There is a point where both our rods and cones are in use which has a strange effect on our vision – this is known as the Purkinje shift. This basically causes your eyes wavelength sensitivity to shift, becoming more sensitive to blues than reds, which would make reds appear darker than normal.

What if people from different cultures see colour differently?

What if even the names we give colours affected our perception of them? Some studies suggest the language you speak may actually affect what you can and can’t see. This is the Sapir-Whorf hypothesis. Different cultures give different names to different sections of the colour spectrum; colour categories vary.

For example, the Greek language has a word for dark blue as well as a word for light blue, and no single word for the colour blue. It seems that people are better at discriminating between colours when the colour category crosses from one category to another – so the language categories a language uses affects what is seen.

For example, it was found that Greek speakers are better at distinguishing a light blue shape on a dark blue background than a light green shape on a dark green background (there is one word for green in the Greek language). However, in German, where there is just a single word for blue and for green, there was no difference in discrimination between the two conditions.

So, it is clear that there are many factors which can cause people to see colour differently. Our colour perception is largely determined by our photoreceptors and how they allow us to distinguish between colours. However, it also seems that even people with normal vision may perceive colour differently, based on even something as small as the colour categories their language uses.

If you’re interested in learning more about this topic, have a look at the links below.

Your Color Red Really Could Be My Blue by Natalie Wolchover, Live Science

Do You See What I See? by Nicola Jones, Sapiens

Your Native Language Affects What You Can and Can’t See by Emma Young, Research Digest 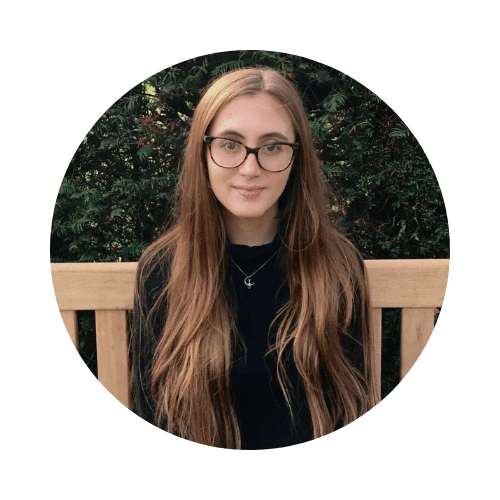 Rachel is an undergraduate Psychology student at Lady Margaret Hall, Oxford, with a particular interest in perception. She believes that Psychology is science, as much of the human brain remains a mystery that we have yet to solve. She is excited to keep you up to date with the latest research in this field! In her spare time, she enjoys drawing, painting, and cooking all sorts of pasta dishes.